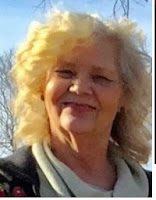 Janet Lorraine Castle, 66, of Kansas City, Missouri, was born, May 28, 1954, in Ft. Madison, Iowa, the daughter of Floyd and Cora (Adkins) Castle. She departed this life, Wednesday, December 16, 2020, at the University of Kansas Medical Center.
Janet attended the William Chrisman High School in Independence, Missouri.

Janet was employed as an Assistant Health Care Provider last working for the Wilshire at Lakewood Care Center in Lee’s Summit. She enjoyed crafting, cooking and baking, attending musical concerts and listening to music. Janet was a woman of deep faith in our Lord and Savior Jesus Christ and loved reading the Bible and books related to her faith in God.

Cremation has been accorded. A celebration of Janet’s life will be shared on a Zoom meeting with family and friends. Details for that will be published by the Stanley Dickey Funeral Home. In addition, a service will be held at a later date in Spring 2021. Service time will be published on the funeral home website when that information becomes available.

Online condolences may be sent to the family at www.stanleydickeyfuneralhome.com