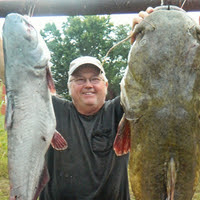 The FUNERAL SERVICE for Claib will be held at Hill and Son Funeral Home in Appleton City, Missouri on Thursday, May 27, 2021 beginning at 11:00 a.m.

The MINISTERS officiating at the service will be Brother Ryan Campos and Brother Brian Jump.

A MILITARY PRESENTATION will be by Montrose VFW Post #8820 and the Army Missouri Honor Guard.

The family requests any MEMORIAL donations be made to the Montrose VFW Post #8820.
Claib Edwin Weno was born on September 29, 1948 the son of Ralph Edward and Kathleen Virginia (Harlan) Weno. He passed away peacefully at his home on May 22, 2021, age 72. He grew up in the Windsor, Missouri area, where he graduated from Windsor High School in 1966. Shortly after completing his education, Claib was drafted into the United States Army, where he served his country proudly.

Upon returning home, Claib met and married Debra Ann Smith on August 13, 1971, his wife of 49 years. To this union five children were born: Becky, Bobby, Bridget, Colby, and Courtney.

During this time, Claib also began a long career with many companies as cable splicer, including being co-owner of Weno Splicing Company. He was a tremendously hard-working man, who sacrificed greatly for the welfare of his family. Claib was deeply devoted to his family and his country, especially enjoying time with his grandchildren. He regularly found new hobbies that he took pleasure in, including restoring classic cars, bee keeping, and woodworking. Along with this, many sought out his expertise in firearms. Claib could often be found in the Taberville area, where he did much hunting and fishing. He will be deeply missed by his family and friends.