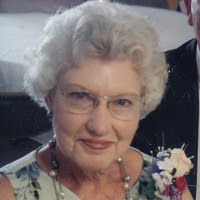 The funeral service for Marian will be held at Hill and Son Funeral Home in Appleton City, Missouri on Saturday, June 12, 2021 at 2:00 p.m.

Officiating at the service will be Pastor Tony Reynolds and Pastor Larry Wheeler. Visitation will precede the service between 12:00 - 2:00 p.m. Interment will follow the service at Shady Grove Cemetery in Racket, Missouri

The family requests memorial donations be made to Shady Grove Cemetery or Heartland Hospice and may be left at the funeral home.
Marian Arlene Jagger was born August 21, 1930 to Dwight Leroy and Ruth Anna (Campbell) Jagger in Brookfield, Missouri. Marian passed away peacefully at home on June 7, 2021. Marian’s early education was in the Avalon, Bedford, and Hale areas; however, she graduated from Central High School in Kansas City, Missouri in 1948. After the death of Ruth Anna on November 21, 1942, Dwight married Mamie Coon bringing stepbrother Dean and stepsister Mary Coon into the Jagger family.

Marian, being an accomplished pianist when she graduated from high school, went with her stepbrother and stepsister as they entertained troops in the Kansas City area. Marian accompanied Paul on many occasions for funerals, and special singing events, as well.

In 1954 Marian began taking dance lessons at Arthur Murray’s Studio and met the love of her life, Paul Wheeler. They not only became partners on the dance floor, but liked each other so well they eloped to St. Joseph, Missouri on November 27, 1955. A longer story goes with their elopement, ask their girls about the validity of their mom and dad’s marriage. Paul and Marian continued for many years ballroom, round, and square dancing, being charter members of the Apple Dumpling Square Dance Club for some 25 years.

Marian was employed by Kansas City Power and Light when Montrose’s power plant was being built. After moving to the Osceola area, she was employed by Osceola Cheese, in the old building that sat in the area of the current boat ramp. She also worked for 25 years for Moran Harris, Attorney at Law in Osceola, several years for Zink Motor company of Appleton City, Hardee’s in Clinton, Missouri, Montrose Senior Center, and Sac-Osage Publishing retiring from Sac Osage Publishing in 2017.

Marian was preceded in death by her mother, father, stepmother, and stepsiblings. Survivors include her husband Paul; daughters: Arleta and Phil Godwin of rural Montrose, Missouri and Anita and Keith Gilmore of Appleton City, granddaughters: Audrey and Matthew Williams of Springfield, Missouri and Amanda and Jason Clough of Perry, Kansas; great-grandchildren include Lillian, Caroline and Gideon Williams, Caleb and Charlotte Cough.