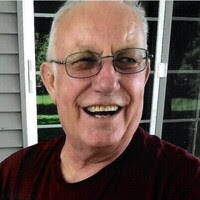 Roger N. Brackney, 73, of Peculiar, Missouri, passed away peacefully on Monday, June 7, 2021, surrounded by his family.

A visitation will be held on Saturday, June 12th from 9:30 a.m. to 11:00 a.m. at Cullen Funeral Home, 612 W. Foxwood Drive Raymore, Missouri 64083.
A memorial service will begin at 11:00. Following the memorial service, a private family burial will be held at Wills Cemetery in Peculiar, Missouri.

Roger was born in Sidney, Ohio on February 24, 1948, to Wilfred Brackney and Marjorie (Redinbo) Brackney. After graduating high school, Roger always had a job, whether it was working in a grocery store, doing mechanic work, or constructing metal buildings. Roger furthered his education as he enlisted in the United States Air Force in 1967. Roger proudly served his country as a Flight Engineer and Lead Mechanic. Roger’s focus for 37 years was on the C-130 and A-10 Warthog.
While serving his country, Roger received many decorations, medals, and badges. Some of them included the Air Force Achievement Medal, Air Force Accommodation Medal, Humanitarian Service Medal, and Air Force Training Ribbon. Roger started serving his country at the age of 19 as an aircraft mechanic during the Vietnam War, and ended his career as a Master Sergeant after serving in Operation Iraqi Freedom. He was also a part of the 442nd Fighter Wing which is an Air Reserve Component of the United States Air Force. He very much enjoyed the camaraderie he had with his fellow soldiers. Roger maintained his dedication after his service as he was a commander of the VFW 8220 in Belton, Missouri. He was also a life member of the VFW in Lincoln, MO.
Roger was a member of the American Legion Post 0217 in Sidney, Ohio. One of the highlights of his life was traveling to Washington, D.C. on the Freedom Flight with his daughter, Michele. Roger traveled all over the world and in life he enjoyed fishing, yardwork, and spending time with his wife, children, grandchildren, great-grandchildren and he loved his little girl, Tyke.

Roger was preceded in death by his loving grandmother, Mamie, Ivolou F. Miller and his father Wilfred Brackney.

In lieu of flowers, memorial contributions in his name can be gifted to the organization of your choice or the DAV Disabled American Veterans at Ernistine Schumann-Heink, Chapter 2 14605 E. US 40 Highway, Kansas City, MO 64136. Thank you for your gifts.