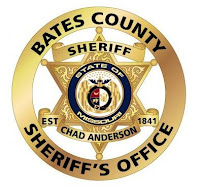 The Bates County Sheriff’s Office is proud to announce a new program within the organization. The Sheriff’s Office has been working for several months now to organize Mounted Patrols along with a Volunteer Mounted Patrol within the Sheriff’s Posse. Both the Mounted Patrol and the Mounted Posse will work with each other to perform multiple functions and duties to serve the Citizens of Bates County.
The Mounted Patrol will be composed of Certified Deputies that will be riding specifically selected horses. The Mounted Posse will be composed of citizens who volunteer and who have their own horses. Both groups will train together and ride together. Training will be in the areas of search and rescue, crowd control, general patrol duties, community events like parades and festivals.
The program is a collaboration between Sheriff Anderson and Coroner Mullinax. Both of them have been serving the community in their official capacity for a number of terms. Over the years, the Sheriff’s Office has been fortunate enough to upgrade search and rescue equipment, including four wheelers, utv’s and aerial search equipment. While these pieces of equipment are on a regular update rotation schedule the replaced equipment is not just disposed of but assigned to the Sheriff’s Posse for use by their volunteers. Bates County is mostly a rural area so searching for a lost or missing person can be a huge undertaking. Having people mounted on a horse will allow for better visibility and to cover more ground in a shorter amount of time. A horse has the ability to also go through areas that a motorized vehicle can not. Not only will the Mounted Patrol/Posse be used in search and rescue but also during parades and community functions as part of our Community Policing efforts.
While the program falls under the Sheriff’s Office, Coroner Mullinax has volunteered to be the Program Coordinator with directing the required training, selection of participants, selection of the appropriate horses, selection of the equipment needed and boarding and care for the county’s horses. The program is currently funded within the current Sheriff’s Office budget through the end of this fiscal year as a pilot program with expectations of being fully funded in the 2022 budget.
Sheriff Anderson says, “I am excited to see this program come to fruition. It was a program I saw come close when the Posse was formed and hosted the Ultimate Horseman Challenge for several years. Working with Greg Mullinax to bring this program to its potential is exciting and what better way to serve our community than to work together.” Coroner Mullinax said, “Sheriff Anderson is not the type person or Sheriff to sit by and say ‘I wish we had this resource or that one...’ if it will help us serve our community. A few months back we began to explore the benefits of a Mounted Patrol and Posse. It’s something many communities wish they had but most do not. This will soon be a reality for Bates County and I am beyond excited the Sheriff asked me to help.”
We are currently looking for a few good horses. If you have a horse that needs a job, is a pasture ornament or not being used let us know. We prefer horses that anyone with little to no experience can ride. If you don’t have a horse or would like to help in the program you could become a horse sponsor. More information about how you can be involved or support this program will be posted later.