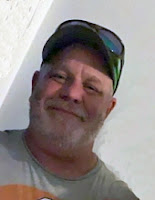 David Earl Ross, age 50, a resident of Ft. Scott, Kansas, passed away Tuesday, June 29, 2021, as a result of a motor vehicle accident south of Ft. Scott. He was born September 15, 1970, in Kansas City, Missouri, the son of Martin Earl Ross and Kathleen Yevon Rangel Ross. David graduated from the Uniontown High School with the Class of 1989. He married Retha Lynn Wimberley on December 28, 1991.
In his earlier years, he worked at the family business, M & K Services in Mound City where he worked as a mechanic and powder coater. He continued working in this line of work the remainder of his life. He enjoyed restoring and detailing cars and trucks and will be remembered for always having a clean vehicle with shinny tires. He enjoyed traveling on the backroads and taking the occasional trip to the casino. He liked to fish and always had a joke or a story to tell.
Survivors include his four children, Tim Ross of Uniontown, Kansas, Matthew Ross, Dylan Ross and Elizabeth Ross, all of Ft. Scott and eight grandchildren, Madilynn, Ryker, Claira, Kathleen, Addison, Bradynn, Jaelynn, and Braxton. Also surviving are two brothers, John Ross and Danny Ross, both of Mapleton, a sister, Suzie Cliffman of Ft. Scott and his grandmothers, Margie Rangel and Thelma Ross, both of Kansas City, Kansas. David was preceded in death by his wife, Retha, on July 19, 2018. He was also preceded in death by his parents and his grandfathers, Leonard Rangel and Noland Ross.