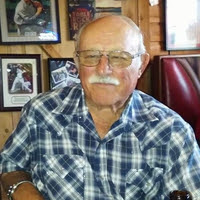 Funeral Services will be held at Zion Lutheran Church in Prairie City, Missouri on Saturday, August 21, 2021 at 11:00 a.m.

A visitation will be held an hour preceding the service beginning at 10:00 a.m.

Pastor Joel Meyer will be officiating the service.

The family suggests memorial contributions to Zion Lutheran Church.
Dane Hirni Schellman was born on October 2, 1937 the son of August Michael Henry and Alma Adelaide (Hirni) Schellman. He went to live with his Heavenly Father on August 18, 2021 in Appleton City, Missouri at 83 years of age. He grew up in the Prairie City area, graduating from Rich Hill High School in 1955. Shortly after graduation, Dane began a long and passionate life of farming as well as working at Schreiber Foods INC for 30 years.

Dane married Fran Snethen on January 12, 1964, to this union four children were born: Tammy, Gary, Jeanine, and Shelli. His family was the most important thing in his life, especially his grandchildren and great-grandchildren. Apart from this, he loved going on drives, farming, and anything outside. One of his favorite hobbies was attending tractor pulls. Dane also enjoyed the fall weather and beautiful colors of the leaves. He was a faithful member of Zion Lutheran Church all of his life. He will be deeply missed by his many family and friends.

Dane was preceded in death by his parents, August Michael Henry and Alma Adelaide (Hirni) Schellman; his wife, Fran Snethen; a sister, Joan Schellman; one nephew, Rodney Bracher; and a brother-in-law, Leroy Bracher.