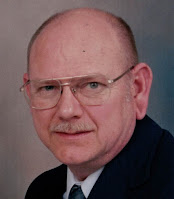 Thomas Francis Palzer, age 70 of Pleasanton, Kansas passed away Monday, August 16, 2021 at the VA Hospital in Kansas City, Missouri. He was born on July 26, 1951 the son of Francis Casper and Marcella (Hofschulte) Palzer in Pine Island, Minnesota. Thomas married, Mi Ae Cho on October 15, 1975 in Seoul, South Korea, to this union they had one daughter, Mona Palzer. Thomas retired from the Air Force after 24 years of service.
After retiring from the Air Force, Thomas was a cattle ranch manager with JMP Ranch. He enjoyed wood working, hunting and was an avid fisherman. Thomas was preceded in death by his parents and a brother, Patrick Palzer. He is survived by his wife, Mi Ae, daughter, Mona, three brothers, Douglas, Jeff and Francis T. Palzer and two sisters, Becky Gerrity and Dawn Barstow.

Funeral Service will be held at 1:00 pm, Saturday, August 28, 2021 at Our Lady of Lourdes Catholic Church in La Cygne, Kansas. Visitation will be from 5:00 pm to 7:00 pm, Friday, August 27, 2021 at the Schneider Funeral Home and Crematory, Pleasanton Chapel. Contributions are suggested to Our Lady of Lourdes Catholic Church and may be sent in care of Schneider Funeral Home P.O. Box 525 Pleasanton, Kansas 66075. Online condolences may be left at www.schneiderfunerals.com.