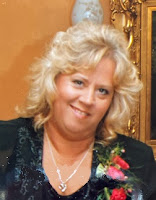 Vickie Kay (Budd) Ringwood, age 61, Butler, MO passed away peacefully after a long courageous fight with cancer on Monday, September 27, 2021. Vickie was born February 3, 1960 in Independence, MO.
Vickie graduated from Blue Springs High School in 1978. She married her high school sweetheart, Bruce Ringwood, and they celebrated 43 years together before her passing. Bruce and Vickie moved to Salt Lake City, UT in 1979 where two of their four children, Amie and Kasie, were born. They returned to Blue Springs, in 1982 where they added two additional children, Bruce Todd and Mitchell, to their family.
Vickie was involved in the family business, as well as having worked at other jobs throughout her life. She was actively involved in her church and served as the Relief Society President and was also involved in many other callings. Vickie’s greatest passion was raising her children and spending time with her grandchildren. She enjoyed crocheting and doing other crafts for her family and friends. Vickie will be deeply missed by her family, friends, and everyone whose lives she touched.
In addition to her husband Bruce, she is survived by four children, Amie, Kasie, Bruce Todd and Mitchell; ten grandchildren, Ellie, Ikani, Mylie, Jonnie, Penny, Piper, Haddison, Levi, Jerzie, and Henry; her father, Fredrick E. Budd and stepmother, Lynn Budd; and many other relatives and friends. She is preceded in death by her mother, Marilyn Kay Green, and a brother, Michael Sterling Budd.

Funeral services will be held at 11:00 a.m. on Saturday, October 2, 2021 at the Church of Jesus Christ of Latter-Day Saints in Nevada with Bishop Tim Claypool officiating.

Memorials are suggested to the Family c/o Ferry Funeral Home in Nevada, Missouri.