Update: Worker found dead under a bridge in Bates County 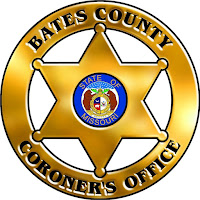 On 7/22/2021 at approximately 10:25PM my office responded to a bridge on St. Rt. M in Southeastern Bates County. Coon hunters in the vicinity had located a deceased individual underneath the bridge.
Initial investigation indicated the decedent, identified as 39 year-old Ryan H. McDaniel of West Plains, Missouri had been working alone on the bridge which was closed for construction. It appeared Mr. McDaniel had suffered a fall from a scaffold adjacent to the bridge deck. Investigation at the scene indicated no sign of foul play.
An autopsy was conducted, and the final results were consistent with the initial findings of an accidental event. This concludes my investigation with the manner of death ruled accidental in nature.
My thanks to the Bates County Sheriff's Office, Missouri Department of Conservation and Butler Fire and area first responders for their assistance.
Greg D. Mullinax
Bates County Coroner