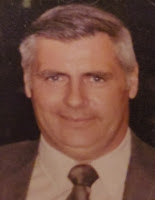 Robert "Bobby" Cameron, 69 of Cole Camp Missouri passed away October 2, 2021 at his home in Cole Camp. Cremation with private family inurnment in Cole Camp Cemetery. Arrangements entrusted to Mullinax Funeral Home, Butler (660-679-0009). Messages of condolence may be left for the family at www.mullinaxfuneralhome.com.
Robert "Bobby" Sherman Cameron was born June 25, 1962 in Smithville, Missouri to Sherman and Betty McClary Cameron. Bobby was the second child of eleven born to his parents. He attended Nowlin Junior High, but had to quit during the 9th grade to assist the family financially due to his mother's health.
On July 3, 1980 Bobby was united in marriage to Linda Beversten, and adopted her three boys, Richard, John, and Dan. He was exceptionally talented and could do anything he set his mind to, welding, auto repair, heating, and cooling, ceramic tile, and roofing, just to mention a few. Each one he did quite well. Bobby was also an avid fisherman, always bringing home strings of fish.
Bobby was preceded in death by his grandparents, mother and father, his sister Theresa Miller, nephew Joshua Cameron, niece Brandy Pitchell and granddaughter Kimberly Cameron. He is survived by his wife of 41 years Linda Cameron, sons Richard, John, and Dan, six grandchildren, Jennifer, Zachary, Jessica, Breanna, Reanna, and Ruger, and two great-grandchildren, Ryder and Brennen. He also leaves behind nine siblings, Ricky, Linda, Steve, Sharon, Sandy, Danny, Vicki, Donna, and Don, along with numerous nieces, nephews, and extended family members.