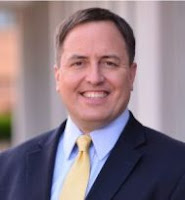 ***NEWS RELEASE***
Ashcroft Outlines Changes to Candidate Filing Dates for General Municipal Election
Jefferson City, Mo. — Secretary of State Jay Ashcroft wants Missourians to be aware of changes to opening and closing dates for candidate filing for the April 2022, General Municipal Election.
Candidate filing for the General Municipal Election, which includes school boards, municipalities, fire districts and other political subdivisions has been shortened by two weeks following the passage of House Bill 271.
The opening day for candidates to file will be December 7, 2021, at 8 a.m. and the filing period will close on December 28, 2021, at 5 p.m.
“Municipal elections, perhaps, are the most important,” said Ashcroft. “It’s always inspiring to see individuals willing to run for local office and serve the people in their local communities.
We want to make sure people are aware of this important deadline change.