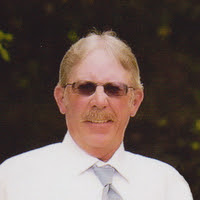 FUNERAL SERVICES will be held at Hill and Son Funeral Home in Appleton City, Missouri on Saturday, November 13, 2021 at 2:00 p.m.

VISITATION will precede the funeral service at Hill and Son Funeral Home in Appleton City, Missouri on Saturday, November 13, 2021 from 1:00 - 2:00 p.m.

MEMORIAL contributions may be made to Heartland Hospice
James Carter Hilte passed away peacefully at his home on November 10, 2021, age 64. He was born January 5, 1957, the son of James Marlin and Alice Mildred (Carter) Hilte. He graduated from Montrose High School in 1975. After the completion of his education, Jim worked for Peabody Coal Company, until they shutdown. During this time, he met and married Tammy Lewellen on June 5, 1981, his wife of 40 years, and to this union four children were born: Cody, Corey, Caitlin, and Casey.

Jim also worked as an equipment operator and truck driver at feedlot operations for many years, finishing his career at Ashgrove Aggregates until he became ill. Apart from this, the most important thing in his life was his family and spending time with them. He never missed an opportunity to attend his kid’s sporting events and help them perfect their skills in the backyard. He spent many happy hours watching television, enjoying crime shows and western films. Jim loved to visit and was known for his long conversations and silly “dad” jokes. He also loved riding motorcycles and watching his grandchildren. Jim was a member of the Trinity United Methodist Church in Appleton City, where he attended regularly so long as he was able. Jim will be deeply missed by his family and many dear friends.

He is preceded in death by his parents, James Marlin and Alice Mildred (Carter) Hilte; and one brother, John P. Hilte.