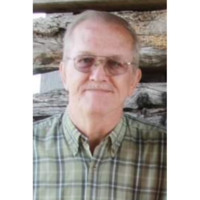 Lemul “Junior” Riley, 72, Adrian, MO, departed this earth Sunday, October 31, 2021, in his home with his beloved wife of 50 years. A Celebration of Life will be held at 2:00 p.m. Saturday, November 13, 2021 at the First Baptist Church Fellowship Hall in Adrian, (auxiliary building next to church).
In lieu of flowers, the family asks for donations to the Junior Riley memorial account at the Adrian Bank. Please make checks payable to Sharyl Riley, memorial account.

Junior was born June 13, 1949, to Lemul “Buster” Riley and Bessie Ellen (Stanfill) Riley in Hawthorn, Nevada. He and his family lived in the Ava Missouri area and Kansas City area throughout his childhood.

He married Sharyl (Burkman) Riley on February 13, 1971, after returning from his tour in Viet Nam. He moved his family to Adrian Missouri in 1984 to get his children out of the city and to the country. He loved his family fiercely and was enormously proud of his wife, children, grandchildren, and great-grandchildren. They were his whole life, and as he would say “his pride and joy.”

If there was one word to describe Junior, it would be respect. He gave respect where it was due and he earned respect from those who knew him. You never had to worry or wonder what he thought about anything or anyone, because he would always tell you. He had the “what you see is what you get” personality that he was always clear about.

He grew up in a large family and was always family oriented. He liked to hunt in his younger years and loved to go camping and fishing until he was just unable to do it anymore. Of course, he loved most spending time with family.

His family takes comfort in knowing that he is reunited with those loved ones.