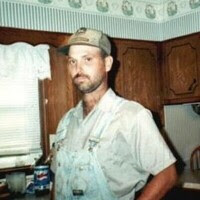 Lonald "Lonnie" Ray Griffitt, age 53, of Clinton, Missouri passed away on Sunday, October 31, 2021 at Bothwell Regional in Sedalia, Missouri. We will celebrate his life with a visitation from 10:00-11:00 AM on Thursday, November 11, 2021 at the Vansant-Mills Chapel in Clinton.
Followed by a graveside service at 11:30 AM at Bethlehem Cemetery in Clinton, Missouri. Memorial contributions can be made to Bethlehem Cemetery and can be left in care of the funeral home.

Lonnie was born in Clinton, Missouri on September 16, 1968 to Fredrick (Sonny) and Barbara (Bobbie) Griffitt. He lived his whole life in Clinton, Missouri. Lonnie was a beloved son, brother, partner, uncle, nephew and friend. If you knew Lonnie you would know his passion was farming. You could always find him on the farm with his brother and best friend, Randy.
Lonnie was quite the character. He loved being ornery but would always lend a helping hand if you were in need. He will truly be missed by all of his family and friends.

Lonnie was preceded in death by his grandparents Fred and Helen Griffitt, Edgar William and Bessie Taft, his parents Fredrick (Sonny) and Barbara (Bobbie) Griffitt and a half-brother Gene Jerome.

Thank you all for the kind words and prayers as we mourn the loss of a very special man.