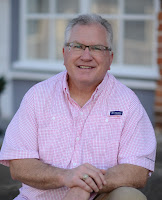 Peculiar Mayor Mike Gallagher announced today he has appointed Mickey M. Ary of Richmond, Texas to serve as Peculiar’s next City Administrator. Mayor Gallagher said the appointment was unanimously approved by the Board of Aldermen Monday evening. Mr. Ary previously served as the City Administrator of Odessa, Missouri and as the part-time City Administrator of Arcola, Texas.
He is currently serving as Senior Team Leader of Central Services for the Sugar Creek Baptist Church Sugar Land, Texas where he is responsible for a physical plant of over 500,000 square feet, an operating budget of $15 million and a capital budget of $22 million. Mr. Ary holds masters degrees in Public Administration and Divinity. He is a member of the International City Managers Association, the Texas City Managers Association, and is Chairman of the Board of Directors of YMCA International of the Greater Houston Region.
Mayor Gallagher said the City received over twenty applications for the City Administrator’s position, conducted Zoom interviews with four applicants, and in person interviews with two applicants. Mayor Gallagher said, “Mickey rose to the top as a result of the selection process and the Board of Aldermen and I are confident that Mickey will do an outstanding job as our next City Administrator.” Mr. Ary and his wife Ronda are natives of southwest Missouri. Mickey said “Ronda and I are excited about returning to Missouri and becoming part of the Peculiar community.” Although a start date has not been set, it is anticipated that Mickey will begin work in late November.