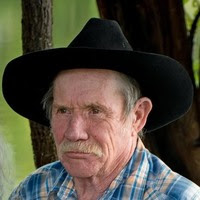 Bob was a lifelong resident of Bates County, Missouri was born in Butler, Missouri on November 14, 1949 to Ralph McClellan Cummins and Anna Lee (Abnot) Cummins. Bob started elementary school in Merwin, Missouri, in 1954 and continued through his education in Merwin Consolidated District with the Amsterdam and Amoret schools into Miami school, graduating with the Class of 1967. After high school, he later went to US Trade Mechanic School in Kansas City, Missouri in 1968, graduating in 1969. After mechanic school, he worked at Kahn Chevrolet in Butler, Missouri as a mechanic, and has had other miscellaneous jobs through the years. Bob hired on at Allis-Chalmers in 1972 in Independence, Missouri starting in the sheet metal department, moving on to sheet metal machine setup, then moving into their welding department, and finally into finished product inspector role where he stayed until they closed the plant in 2000.

After the plant closed, Bob took up truck driving school in Fort Scott, Kansas, getting his license in 2001. He started driving Over-The-Road truck driving for Swift Transportation, and later drove specifically with Wal-Mart loads contracted to Swift Transportation trucking. Later in 2014, Bob started driving for Mike Cronk contracted to Debrick Trucking Co in Paola, Kansas until retirement in January 2021.

Bob started his family, marrying childhood friend, Sarah Ann Laycock, on September 1, 1973 and they had twin boys in June 1974. Bob and Sarah started square dancing in 1979 and danced with the Apple Dumplings in Appleton City, Missouri and the Crosstrailers of Independence, Missouri and danced until 2005, in the early years of their dancing time they took up clogging with The Klogg Hoppers in Kansas City, Missouri.