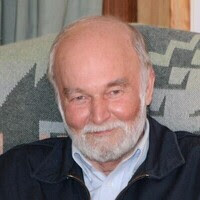 William Raymond Lincoln, age 71, of Clinton, Missouri passed away on Monday, December 6, 2021 at Golden Valley Memorial Healthcare in Clinton, Missouri.
A Celebration of Life service will be held at 11:00 AM on Monday, December 13, 2021 at Vansant-Mills Chapel, Clinton.
Memorial contributions can be made to Holy Rosary Catholic Church of Clinton and can be left in care of the funeral home. Fond memories and condolences can be left online at www.vansant-millsfuneralhome.com.

William joined the US Airforce in 1969. After his honorable discharge, he started work for Kansas Air Guard at Forbes Field. He then worked as an instructor at Wolfe Creek Nuclear Power Plant in Burlington, Kansas, where he stayed for more than a decade until moving to Texas. He then moved to Clinton in 1998 to be closer to family. He worked nearly 20 years as an over the road truck driver until retiring in 2014.

He loved his grandchildren and children. He enjoyed building computers and driving his John Deere tractor.

William was preceded in death by his parents Billy R. Lincoln and Virginia F. (Miller) Lincoln.

Arrangements have been entrusted to Vansant-Mills Funeral home in Clinton, Missouri.