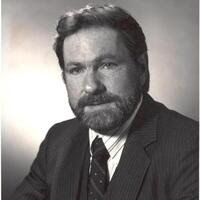 Charles Young, Jr., age 77, passed away on Monday, January 3, 2022 at his home in Clinton, Missouri. A graveside memorial service will be held at 1:00 PM on Monday, January 10, 2022 at Vansant Road Cemetery in Clinton, Missouri.
The family suggests memorial contributions be made to The American Cancer Society and can be left in care of the funeral home.

Charles and his wife Sheila built and own Pine Street trailer court in Clinton. Charles worked as a meat cutter for 40 years and retired at the age of 62 from Country Mart grocery.

Family meant a lot to Charles he loved his grandchildren and enjoyed giving them rides through the trailer court on the lawn mower.

He was preceded in death by his parents Charley and Imogene Young, his step dad Lee Reed, his son Steven Douglas Young, a sister Helen and his brother Patrick, his baby boy Curtis Wade Young, grandson Sebastian Ladd.