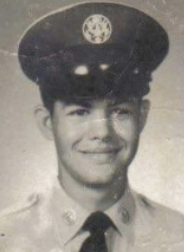 Julio (Chico) Francisco Colon, age 82 of Tightwad, Missouri passed away on Monday night, February 7, 2022, at Fairview nursing home in Sedalia, Missouri.
Julio (Chico) was born on June 9, 1939, in Orocovis, Puerto Rico to Matilde Colon Colon and Julio Colon Ortiz. He was the second oldest of 14 children. After graduating from high school, he moved to the States to join the United States Air Force where he faithfully served his country for 20 years (1957-1977).
He devoted his life and career with his family to the military where he was the recreational facilities director at several Air Force bases around the world including James Connally Air Force base (Waco, TX), Craig Air Force base (Selma, AL), Howard Air Force base (Panama Canal zone), Richards Gebaur Air Force base (Belton, MO), and Holloman Air Force base (Alamogordo, NM). He retired with his wife, Carolyn, in 1995 in Tightwad, Missouri. Julio (Chico) is preceded in death by Carolyn in 2003.
He re-married Dee Gipson in 2005. Julio (Chico) was an avid hunter and outdoorsman. He loved being in the woods, being surrounded by his grandchildren, and his family. Julio (Chico) was the most generous person and would give his last pennies to someone in need.

Survivors include his daughters and 4 stepson’s, Theresa (Bud) Elkins, Pamela (Rick) Hale, Steve Gipson, David Gipson, Rick Gipson, Kevin, Gipson; four grandchildren, Rhianna Elkins, Clint Elkins, Tyler Hale, and Tauri (Luke) Davis; seven great-grandchildren, Mason, Violet, Mia, Scarlett, Miles, Seattle, and Shepherd. He is also survived by many brothers and sisters in Puerto Rico as well as in the States. He was so loved by all his family and a host of friends.

Julio (Chico) was preceded in death by his parents Matilde Colon Colon and Julio Colon Ortiz, wife Carolyn Colon (2003), wife Deloris (Gipson) Colon (2018), as well as two siblings, Luisin and Luisito.
A celebration of life service will be held at Encounter Church in Sedalia, Missouri (1201 North William Parkhurst Drive) on Saturday, February 12, 2022, at 11am.
Published by Bates County News Wire on February 10, 2022