1882 Theodore Joseph and Emil Buchner will soon open their cigar factory in Butler. 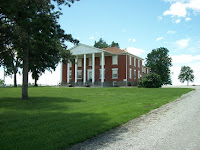 1922 Sauerkraut lovers gather at Lon Ray’s grocery store, just off the square in Butler for the opening a new barrel of the fermented cabbage.

1972 Mrs Claude Barker announces she’ll be retiring at the end of the year. She as taught grades one thru eight. She also taught in Passaic. She and her husband moved to Butler in 1949.

1991  It takes workers about three hours to remove the stalled Cadillac of 72 year old Opal Cain of Adrian. Her car stalled on the railroad tracks south of Passaic. The car and driver were spotted by a sheriff’s deputy around 3:30 pm.

2000 Butler mailman Ron Nissen graduates from Park College with a BS in Social Psychology. He is a 1971 BHS graduate and air force veteran.