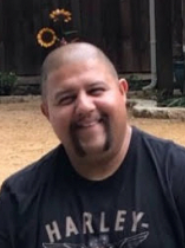 Jesse Rodriguez, 36 of Butler, Missouri passed away Wednesday, February 2, 2022 at St. Joseph Medical Center in Kansas City, Missouri. Funeral services will be held 5:30 pm Wednesday, February 9, 2022 at Mullinax Funeral Home, Butler (660-679-0009).
A visitation will follow from 6:00 pm to 8:00 pm Wednesday, also at the funeral Home. Memorial contributions may be made, in lieu of flowers, to the Jesse Rodriguez Love Fund c/o Citizens Bank. Messages of condolence may be left for the family at www.mullinaxfuneralhome.com.

Jesse Rodriguez was born on October 3rd, 1985, in San Bernadino, California, to Jesus and Angela Rodriguez. As a child, Jesse participated in soccer and football. His football team won the CIF State Championship (that he liked to brag about often). In 2001 Jesse met the love of his life, Valerie. He later graduated in 2004 from Kaiser High School. Jesse and Valerie welcomed their firstborn, Issac, in May of 2006. While taking care of his family, he graduated from CDL school in 2007.

In 2011, after ten years of dating, Jesse married his high school sweetheart Valerie. As a family, they moved to Butler, Missouri, in February of 2013. In November of 2015, they welcomed their second born, Illiana. He worked for Town & Country Disposal, Barry Wright, and UPS where he gained many friends along the way.

Jesse enjoyed going on road trips and site seeing. This was a favorite family pastime as a child that he spontaneously did with his own children and family. In recent years, while driving a truck for UPS, he would love to share stories from his time away on the road. From the waterfalls in Oregon, the scenery in Utah, the greenery of the Carolinas, and the Chesapeake Bay Bridge in Maryland.

He collected magnets from the states he was able to stop in, totaling 26. Jesse loved to grill and have the whole family together as many nights as possible. He would often drop in on his family just to spend time with them (mostly his mother’s). He got the most joy out of attending events for his children, niece, and nephews. He was their toughest and proudest spectator/critic.

In 2017 Jesse purchased his second wife, a 2015 Road King. He loved to take her on long rides and attend several bike rallies. Along with his bike, he took pride in maintaining his home, from mowing his lawn weekly to picking out and hanging most of his interior décor. He wasn’t your average big guy. People often underestimated him because of his size, but he loved to prove them wrong. Typically, a man of his stature wouldn’t challenge people to a race, and win! This competitiveness often carried forward into his work, where he would strive to finish his routes first and be the hardest worker around.

Jesse’s presence was infectious. His smile was contagious and welcoming. He often cracked jokes and picked on his family and friends. His wife Valerie and son Issac got the pleasure of being his most popular victims, while princess Illiana could do no wrong. He was one of the most loyal and loving person you could meet. When you needed him, no matter the time, he would be there to help. Often even helping strangers along the way. This big strong man had a huge heart that will carry on forever.

Jesse is preceded in death by his Father – Jesus Rodriguez, and Grandparents – Pasqual & Felicitas Cruz.