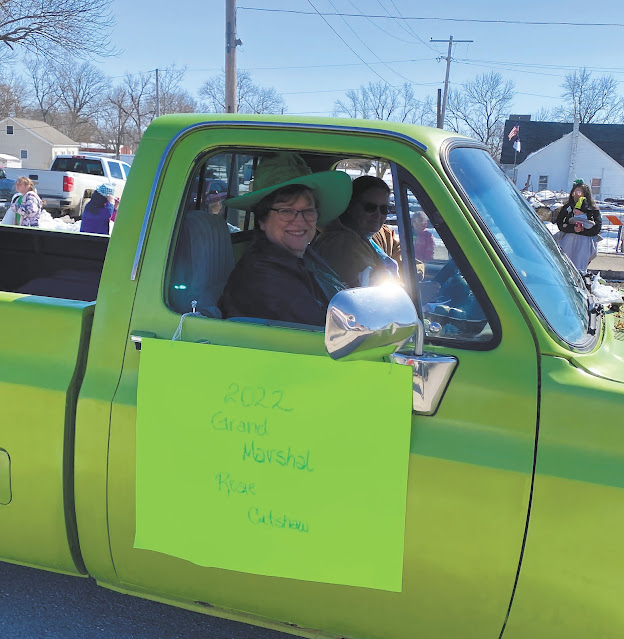 There was plenty O celebration in Amsterdam over the weekend as Main street filled with spectators for the yearly St. Patty’s Parade Saturday afternoon. Despite  a chilly breeze, floats and vehicles assembled at the city park and made their way through town tossing candy and trinkets. Seen here is parade Grand Marshal Rosie Cutshaw with pilot Vicky Vail at the wheel leading the march to a waiting crowd along Main Street. The annual parade began 10 years ago with a handful of participants and now has grown to become the largest St. Patty’s celebration in the area; and many who came to watch stayed for the Second Saturday happenings in town as well.
Organizers would like to thank everyone who came and say they’re already planning for next year, which is expected to draw an even bigger turnout. 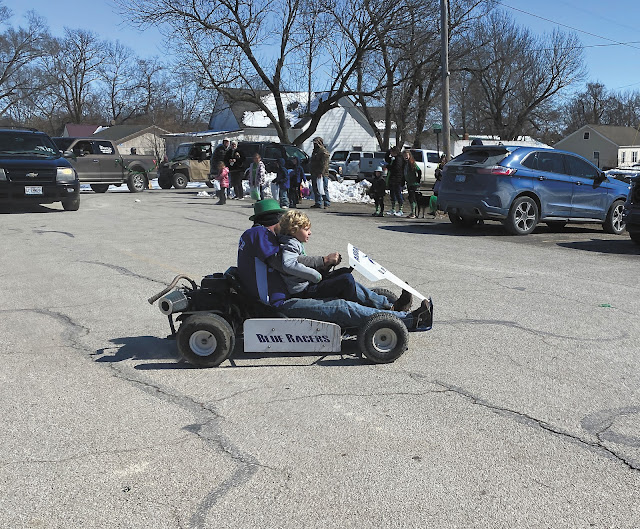 PLENTY O’FUN for everyone at the Amsterdam St. Patty’s parade.  Above, a go-kart kept the crowd entertained as the parade passed through town and below, organizers made sure there was something everyone. 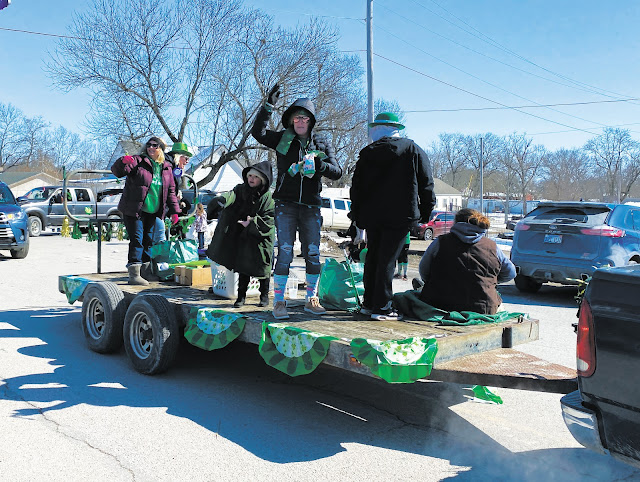