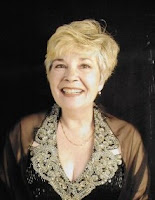 Bonnie Lenore Ralle, age 83, Pleasanton, Kansas passed away Monday, March 21, 2022. She was born in Kansas City, Kansas on November 16, 1943 the daughter of Orville and Emily Larison Sampel. She graduated from Turner High School. She attended the University of Kansas and finished her Bachelor of Education degree at Pittsburg State University.
She was united in marriage to Edward "Ed" Ralle on December 20, 1969. To this union, two sons were born, Joe and Eddie"Pooka". The marriage ended in divorce. She began teaching in Kansas City, Kansas before moving to Pleasanton.

She taught second grade at Pleasanton Elementary School from 1975 to 2000. Bonnie was an avid reader and enjoyed oil painting. She was preceded in death by her parents, a grandson, Dakota, and a sister Cookie Hill. Bonnie is survived by two sons, Joe and Eddie "Pooka" Ralle, two brothers, Wayne O'Bryan(Mary) and Cas Zybco(GiGi), eight grandchildren and two great grandchildren.

Funeral service will be 6 pm Saturday, March 26, 2022 at the Schneider Funeral Home and Crematory, Pleasanton Chapel. Visitation will be held from 4:30 pm to service time. Memorial contributions are suggested to Pleasanton Elementary School. Online condolences can be left at www.schneiderfunerals.com.