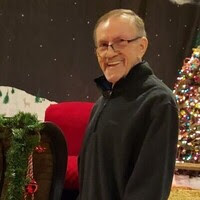 Jerry Leon Eagles, age 72, of Clinton, Missouri passed away on Saturday, March 26, 2022 at Clinton Healthcare and Rehab. Center in Clinton, Missouri.
Memorial service will be held at 11:30 AM on Friday April 1, 2022 at Vansant-Mills Chapel in Clinton with visitation from 10:30-11:30 prior to the service. Memorial contributions can be made to The Arbor Day Foundation and can be left in care of the funeral home.

Jerry Leon Eagles was born in Kansas City, Kansas on November 21, 1949 to Floyd and Melba Eagles.

Jerry went to Turner High School. He met Cynthia Willard at Bethany Medical Center and they were married on December 24th, 1976. To this union, one child was born, Tara Renae.

Jerry worked as an electrician at Golden Valley Memorial Healthcare from 1979-2015. Jerry was a Christian. He attended and was a member of the Golden Valley Christian Church in Clinton, Missouri. He loved watching Chiefs football, enjoyed fishing, gardening, working in the yard and mowing, and the fourth of July holiday.

Jerry is preceded in death by his parents, Floyd and Melba Eagles and his two brothers, Mike and Robert.

Survivors include his wife Cindy of the home, daughter Tara (Dave), 3 siblings; Dale Eagles, Chuck Eagles, and Linda Farnham, and a host of co-workers and friends.