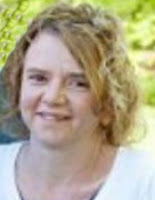 Melisa Wunderly, age 47, a resident of rural Fulton, Kansas, passed away Saturday, March 5, 2022, at the University of Kansas Medical Center in Kansas City, Kansas. She was born September 28, 1974, in Ft. Scott, the daughter of Randy Reasoner and Penelope Sue Combs Reasoner. Melisa married Hugh Wunderly on February 14, 1995, at Miami, Oklahoma.
Melisa and Hugh had just celebrated their 27th wedding anniversary. They enjoyed many adventures throughout their lives together. Melisa enjoyed cruising around in the old pickup, whether it was to go out to dinner, feed the cattle or check on the crops. She also enjoyed her dogs which she thought of like her own children. Melisa adored her grandchildren, Eastonn “Easty” and Jaycee who both loved coming to see their “E” and make crafts with play-doh and glitter. She also enjoyed afternoons with Joseph and his family. Melisa can be remembered for her collection of Kenny Chesney albums and the happiness his music brought her.
She is survived by her husband, Hugh, of the home; her son, Joseph Wunderly (Allyson) of Ft. Scott and her daughter, Amber Johnson (Tanner) of Franklin, Kansas; and two grandchildren, Eastonn and Jaycee Johnson. Also surviving are her parents, Randy and Sue Reasoner of Ft. Scott.

There was cremation. A celebration of life service will be held at a later date. Memorials are suggested to the Melisa Wunderly Memorial Fund and may be left in care of the Cheney Witt Chapel, 201 S. Main, P.O. Box 347, Ft. Scott, KS 66701. Words of remembrance may be submitted to the online guestbook at cheneywitt.com.
Published by Bates County News Wire on March 14, 2022