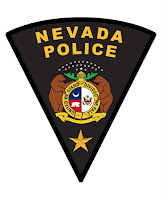 *Incident Spotlight*
Nevada Police Officers conducted a traffic stop on a vehicle. During the contact the driver attempted to give false information to the officer about their identity. It was eventually discovered the subject had outstanding warrants.
Once the true identity of the individual was found they were taken into custody. K-9 Edo was also deployed during this investigation and found suspected heroin.
An officer conducted a traffic stop for a traffic violation. During the contact they discovered illegal narcotics.
During a midnight shift patrol an officer was conducting an investigation during a stop. It was discovered the subject was in possession of illegal narcotics.
Officers were dispatched to a location for an incident in progress. During the investigation officers located illegal drug paraphernalia.
Great work to these officers for helping keep our community safe.
Published by Bates County News Wire on July 11, 2022