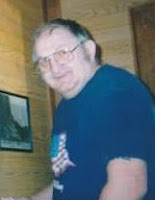 Henry Eugene Clay, age 75, Burlington, Kansas passed away Wednesday, July 6, 2022.  He was born on December 13, 1946 in Mound City, Kansas the son of Henry T. and Iva Mae Dean Clay.  He graduated from De Soto, Kansas High School.  He served his country in the United States Navy during Vietnam, earning a Bronze Star.

He was united in marriage to Minda Sue McDaniel on August 31, 1979.  She preceded him in death on October 29, 2011.  He was also preceded in death by a brother, and three sisters, Janet and Sandra Clay, and Sharlene Snovelle.

Funeral service will be 11 am Tuesday, July 12, 2022 at the Schneider Funeral Home and Crematory, Mound City Chapel.  Burial will be in the Richland Cemetery.  Visitation will be held from 10 am to service time at the Chapel.  Individual respects and guest registry can be made from 9 am to 4 pm Monday at the Mound City Chapel.  Memorial contributions are suggested to Disabled American Veterans.  Online condolences can be left at www.schneider funerals.com.