Wescoat gets down to business 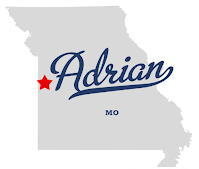 Finances remain a hot topic for the Adrian city council and in this month’s meeting, it’s clear that new city Administrator Ryan Wescoat has jumped in feet first to get things on the upswing.

While Adrian has faced some major challenges in the past few years including the sale of the Adrian Manor and what to do about the former motel, the ‘wish list’ of other things of importance was put on hold; but that list is being addressed now as demonstrated in the July 11 meeting.

Wescoat revealed that he has been working on ARPA grants, totaling about $750,000 that may be used for water and wastewater improvements, along with public safety and fire grants that will be in the $20,000 range as well. While the grants are matching, the city would need to kick in around 20%, but obviously will still be money ahead. An update regarding the status of the grants will be made available hopefully by Fall.

He also announced that there will be some streamlining regarding the digital side of things at city hall which includes an updated email system and the use Google business services to share documents internally as well as easily make information available to the public.

In other council news, all i’s were dotted and t’s crossed as Mayor Matt Cunningham and the council ratified the ‘22-’23 budget and it will now be sent to the state for the final ok.

The city has a non working storm siren and an effort is being made to get it fixed as soon as possible. There was a discussion about having a local electrician take a look at it, but if parts are needed there would be a further delay. The decision was made to have the company that normally services the sirens, which is out of Oklahoma, check it out and make repairs all in one visit.

The fire department is a bit short on space and are temporarily using one bay at city fall to store a truck. Fire Chief Gary Dizney asked the council if an electronic door opener could be installed to quicken access which the council approved. No cost to the city for the installation, as the rural fire department will cover it.

Plans are moving forward to clean up a couple of properties including 116 S. Virginia and the remains of a burned mobile home at 5th and Clark. Several steps are required to legally do this and work hopefully  will begin soon. The city is working at putting together a park  board and volunteers are needed. If anyone is interested contact alderman Hummel or stop by city hall during business hours to get more info. The park is home to a lot of activities including sports and community events and it was emphasized that upkeep and oversight is desperately needed.

With hot, dry weather upon us things are getting critical regarding the river intake pumps at Archie that pump raw water into the lake at Adrian. The water plant draws from the lake and when the level drops, water from up north is needed. Ongoing issues with a hole in the river suction line, compounded with electric pump problems had prompted the city to use a temporary pump but this arrangement presents its own set of issues and the original problem remains. Action is being taken and hopefully a solution is found soon.

Remember, the Adrian city council meets on the second Monday, 7 pm at city hall. The public is highly encouraged to attend. 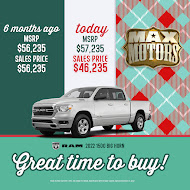 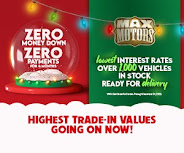