One arrested after assault in Lamar 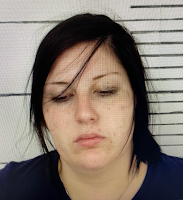 On Saturday, 08/27/22, the Lamar Police Department was contacted regarding an assault that had occurred at the Divine Estates Apartment complex in Lamar.
The victim had suffered from a cut to his neck and was being treated at a nearby hospital with a non-life threatening injury.

The victim had been cut by a knife; he did not know the suspect and the assault appears to have been unprovoked.
Through the officer’s investigation, the suspect was identified as Chloe Crowe, 20, of Lamar, Mo. At the time Crow was located, she was in possession of a vehicle that had been stolen in Barton County.

The Barton County Prosecutor’s Office has reviewed the case and filed formal charges of First-Degree Assault with a bond of $100,000 and First-Degree Vehicle Tampering $10,000 bond. Crowe is currently in custody at the Vernon County jail.

As in the cases of all arrests, charges are based on probable cause and all defendants are presumed innocent unless or until proven guilty in court.