Verbal threats made at Osceola School 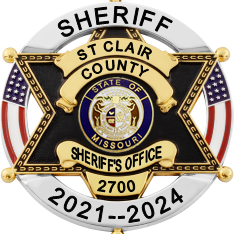 On Tuesday, August 30, 2022, at 0745 hours, the St Clair County Sheriff’s Office was advised by Osceola School of a verbal threat.
Deputies were on-site at the time of notification and remained on site throughout the course of the day.
At 0833 hours an eighteen year old suspect was in custody for the verbal threats. The suspect, who was not a student, was questioned and arrested on a 24 hour hold.

The case was submitted to St Clair County Prosecutor, Daniel Dysart, for consideration of charges.
Approximately 1430 hours the Sheriff’s Office received a warrant from the St Clair Associate Court for 2nd Degree Terroristic Threats with a bond set at $10,000 cash or surety.

Sheriff Hilty commends the work of all parties involved and the speed at which this situation was addressed. As a result of the school officials quick actions, the situation caused only minor disruption in daily activities.
Published by Bates County News Wire on August 30, 2022