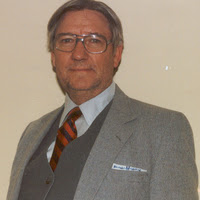 Bobby Joe Wilson, age 93, formerly of Clinton, Missouri passed away on Sunday, September 18, 2022 at Bothwell Regional Health in Sedalia, Missouri.
Funeral service for Bobby Joe will be held at 11:00 AM on Friday, September 23, 2022 at the Vansant-Mills Chapel with visitation one hour prior to the service.
Burial to follow in Englewood Cemetery in Clinton, Missouri. Memorial contributions can be made to the American Heart Association and can be left in care of the funeral home.

Bobby was born on August 8, 1929 in Leeton, Missouri, the son of Carl Leonard and Hazel Viola (Overturf) Wilson, the oldest son of 4 children.

Bobby was a graduate of Norris High School. On December 7, 1949 he married Naida Frances (Stump) Wilson. To this union they were blessed with three children; Stanley, Alexandria, and Roger Wilson. Bobby worked for Osage Valley Electric as a local manager where he retired in February of 1990.

Bobby is preceded in death by his parents, and his brother Junior Wilson.