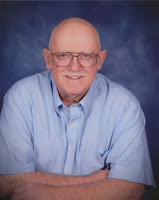 Harry Roger Knight, age 78, passed away Friday, September 23, 2022. Roger was born in Garnett, Kansas on January 7, 1944 to Harry Austin and Minnie Belle (Kline) Knight. He graduated from Parker High School in 1962. Roger married the love of his life Fern Elizabeth (Dunlop) on November 2, 1962. Together, Roger and Fern worked at Reed Minerals in LaCygne, Kansas where Roger retired as the plant superintendent after a long and successful career.
Roger spent most of his life in Linn County. He had a great love of the outdoors and would go fishing, hunting, or simply riding around the pasture every chance he had. He and Fern loved playing cards and other games with family and friends. Children and grandchildren were central to Roger’s life. He loved watching his children and grandchildren participate in their activities.
He would take them fishing, riding around pastures, or simply have four wheelers or go carts available for fun times. Family reunions and picnics were often hosted at Roger and Fern’s lake house. Grandpa’s candy kettle, his warm loving sense of humor and practical jokes created a loving environment for all who knew him. He was also very competitive and loved playing or watching sports.
Roger was a lifetime member of the Parker Masonic Lodge as well as a member of the Scottish Rite Consistory and the Mirza Shrine. Roger was a member of the Blue Mound Federated Church where he served as an Elder and Chairman of the Board. Church family and his faith were important to him and created the kind, gentle servant heart he shared with so many.