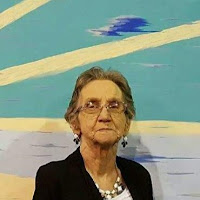 Norma Jane Johnson Surbaugh, age 80, of La Cygne, Kansas passed away on Monday, September 26, 2022 in Louisburg, Kansas. She was born the only child of Norman Everett and Alberta Frances Reed Johnson on January 19, 1942 at the Trinity Lutheran Hospital in Kansas City, Missouri.
Norma Jane was an active member of the La Cygne Christian Church and had served in various places, Sunday school teacher, assistant Sunday school secretary and as a deaconess to name a few.
Norma worked at Wood's Bakery in Paola for five years before her marriage. After she married she worked at Bass Busters for a short time. She sold Avon for five years. Norma helped in various community affairs, worked with Boy Scouts for several years when DeWayne was in scouts, served as chairman of various drives such as the Community Blood Drives, cancer and diabetes as well.
Norma graduated from the La Cygne Rural High School with the class of 1961, the largest class to ever graduate from the old LRHS. She was in the last eighth grade class to graduate from New Home School in 1957 a one room rural county school in which she received all of her elementary education before it closed its doors. These schools have disappeared and are just a memory. Norma married Roland Earl Surbaugh, son of Leonard Charles and Annie May Averill Surbaugh, known as Rod, October 23, 1966 at the La Cygne Christian Church.
To this union three children were born, DeWayne Kevin, Rosetta Katherine and Andrew Franklin(Andy). The joy of her life was her grandchildren. Her oldest grandson, Michael Homlyn was born just one hour and 7 minutes short of being born on their twenty-fifth wedding anniversary, Brian, her youngest was born weighing just 2 pounds 13 ounces. Norma was preceded in death by her parents, Norman Everett Johnson on July 4, 1976 and Alberta Frances Reed Johnson on Sept. 28, 1995 and husband, Roland Earl Surbaugh on Feb. 3, 2015.
She is survived by two sons, DeWayne Kevin (Pat) Surbaugh, and Andrew Franklin Surbaugh, a daughter, Rosetta Katherine Hood, two grandsons, Michael Hamlyn and Brian Lee Hood and a host of cousins and friends.

Funeral Service will be held at 2:00 pm, Saturday, October 1, 2022 at the La Cygne Christian Church. Visitation will be held from 5 pm to 7 pm, on Friday, September 30, 2022 at the Scheider Funeral Home, La Cygne Chapel. Burial will take place in the Oak Lawn Cemetery. Online condolences may be left at www.schneiderfunerals.com.