Connie Lynn (Foster) Easter, 74, of Clinton, Missouri passed away peacefully at her home on Monday morning, October 3, 2022 with her loving family by her side.
She was born September 3, 1948 at the General Hospital in Clinton, Mo., the daughter of Cleone Reva (Rummage) and Charles Francis Foster.
Connie made her grand appearance on her parent’s 3rd wedding anniversary and what a gift she was to the couple. Connie was an only child but enjoyed spending time with her many cousins and friends.
During Connie’s Junior year of high school, she met the love of her life Ken Easter. After their first date she returned home to tell her mother “I’m going to marry him someday”. Ken and Connie continued dating even after Ken joined the Navy. Upon returning home on his first leave in March 1967, Ken proposed to Connie. The couple planned for a wedding the following year. However, it did not take long for Ken and Connie to realize they couldn’t live without each other any longer, so Ken took leave as quickly as possible to go home and marry Connie on September 24, 1967. The newlyweds enjoyed their time together as Ken was stationed in Fallon, Nevada; which came with many new experiences and adventures (who said anything about hitchhiking?). They eventually found their way back to Missouri to get Connie settled into a house as Ken had orders and was to be stationed on a ship for 2 years. This was a difficult time for them both, but they survived through almost daily letters and brief 12:00 a.m. phone calls every Friday night. Connie had several jobs throughout her life; her first job was being a tele typist at the Clinton Eye, the local newspaper where she worked with Ken when they were early in their dating relationship. She went on to run computers at Stewart-Nattingers, be the office manager of the Chamber of Commerce, a Customer Service Representative at Missouri Public Service, and line worker at Schreiber Foods. Though Connie excelled at all of these positions, her most prized role in life was that of a mother to her three children: Mark Andrew, Devin Eugene and Nicole Reva. Connie devoted all that she was to being a stay-at-home mother. She was very active as a Cub Scout Den Mother, Boy Scout volunteer, Camp Fire Mother, school classroom mother, and Sunday school teacher. Connie loved being involved in anything her children showed interest in and was always their biggest cheerleader. She made the most elaborate, creative Halloween costumes and personal birthday cakes for her children. The only thing Connie valued as much as her husband and children were her amazing friends and the community she grew up in. Connie helped organize and run Fescue Fun Fest (now known as Olde Glory Days), the Clinton Sesquicentennial festival and was an active Jubilee member of the Clinton United Methodist Church. She was also an avid Royals and Chiefs fan. Connie was surrounded by friends where ever she went and was loved by everyone. She had a special group of friends who supported each other through all of life’s ups and downs; Donna Jones, Liz Cashel, Gayle Edmiston and Claudia Well. This group of ladies threw many amazing New Year’s parties; with more kids running around than anyone could contain and more food than anyone could eat! They also knew how to get away from the chaos of life with their annual fall getaway to Branson. Connie always returned from these trips full of fun stories and rejuvenated. Connie suffered from a heart attack in the spring of 2021. She underwent several procedures, but eventually chose to go home and spend the time she had left with her family. Connie’s story was far from over. She spent the next year and a half amazing the medical doctors and hospice workers. Connie enjoyed making the most of this time with her family and friends; making memories and reminiscing. This time will forever be valued by her loved ones. Connie is survived by her loving husband of 55 years, Ken Easter of the home; her children, Mark Easter and wife Whitney, Devin Easter and Nicole Higgins and husband Mark. Her pride and joy, her eight grandchildren, Colten Crowder, Breanna, Logan and Frank Easter, and Drake, Luke, Noa and Max Higgins; as well as many family members and friends. The family would like to acknowledge the compassionate care provided by Golden Valley Memorial Healthcare Hospice and Dr. Brendan Bagley for his professionalism and his personal visits to Connie. Memorial services will be at 3:00 p.m. Saturday, October 15, 2022 at the Bradley & Hadley Funeral Home, Clinton. Reverend Brad Elmer will officiate. The family will receive friends from 2:00 to 3:00 p.m., just prior to the memorial service. The family suggests memorial contributions to the Clinton United Methodist Church or the Golden Valley Memorial Healthcare Hospice. These donations may be left in care of the funeral home. Condolences may be left online at www.bradleyhadley.com. 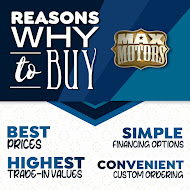 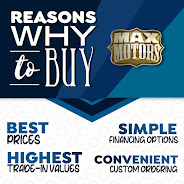