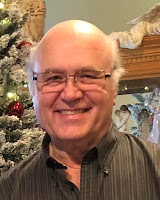 Donald Lee Martinette, 69 years old, passed away on October 9, 2022, after a 10 year battle with Parkinson’s disease. Don was born December 21, 1952 in Nevada, MO to Doris Laverne (Stewart) and Lionel Leon (Lee) Martinette. He graduated from Archie High School in 1970, and joined the Army in 1971 and served through 1974.
On April 17, 1972, Don married Karen Bishop, and they spent their first year of marriage in Okinawa, Japan, while Don was serving. Afterwards, he went to school at Electronics Institute. Don worked for Xerox for 30 years as a laser printer technician and retired in 2012. Don and Karen settled in Harrisonville, MO, where they lived for 20 years. In 1998, they fulfilled a lifelong dream and moved out to the farm.
Don was an avid hunter and he loved going to Colorado to hunt elk annually. He enjoyed rifle and bow hunting and teaching all of his grandsons to hunt as well. Known to many as Papa Don, he was the resident expert on woodworking, electronics, knives, ammunition reloading, homemade fireworks and especially firearms. He had many hobbies, but his favorite thing was spending time with his kids and grandkids.

Don was preceded in death by his parents, Lee and Doris Martinette, brothers in law, Jim Seagraves, Rick Clevenger, and Daniel Blackmon, and nephew, Jason Floyd.