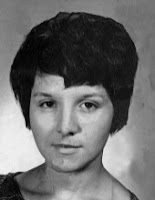 Gail L. Shrakes, age 72, a resident of Ft. Scott, Kansas passed away unexpectedly Friday, October 7, 2022, at the Via Christi Emergency Room in Ft. Scott. She was born October 11, 1949, in Ft. Scott, the daughter of Harlon Guffey and Velma Rhodes Guffey.
At an early age, she moved to Eve, Missouri where she grew up. Gail graduated from the Nevada High School. She married Frankie Shrakes, Jr. on June 6, 1966, at 6 o’clock in the evening. Gail and Frankie enjoyed fifty-six years of married life together. In earlier years,
Gail worked as a cook at the Red Barn Restaurant and also as a cook at Mercy Hospital and area nursing homes while she was attending cosmetology school at Fort Scott Community College. After completing cosmetology school, Gail owned and operated her own beauty salon, Gail’s Professional Touch, for several years. Gail enjoyed spending time with her family, especially while fishing at the lake or gathering around the table for Thanksgiving dinner.