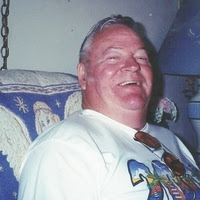 Homer A. Jones passed away peacefully Oct. 6, 2022, after a battle with Alzheimer’s. Services Cremation. Memorial Service will be held on Oct. 22, 2022, at Calvary Baptist Church of Odessa 7995 Outer Rd Odessa, MO.
Visitation will be from 10:00 am to 11:00 am, memorial service will follow at 11:00 am. Private graveside services will be held later. In lieu of flowers the family request donations to Alzheimer’s research or to mission work for your local church.

Homer was born on May 7, 1933, in Edmonson Missouri to Jack Issac Jones and Beulah Viola Stone, Jones, Beard. He was a graduate of Clinton, MO. Schools in 1951. He served in the Army from 1952 to 1953 but did not serve in Korea as both of his brothers were already there. He worked as a police officer in Independence and Buckner Missouri retiring from both, he also worked at Armco Steel and retired from there

He married Nancy Lavonne Southers on March 10, 1954, to them were born three Children Janet, Sharon, and Larry. In 1965 Homer and Nancy became the guardians of his brother Ralph and wife Doris three children due to extreme circumstances. Monica, June, and Brian became part of the family and treated just like the other children as they grew up together. They lived in Clinton, Independence, and Buckner and finally he and Larry lived in Odessa to be closer to family. Homer and Nancy celebrated their 60th Anniversary on March 10, 2014, just a few months before Nancy’s death.

He was an avid fisherman, golfer, and tinkerer. He so loved when the family would come for a visit and the holiday times together. Nancy, Larry, and him became full time travelers and visited much of the United States, even trips to Mexico. Nancy or he did not meet anyone they did not become acquainted with even creating lifelong friendships with many of those they met.,

He so loved all the children, grandbabies, nieces, nephews so much, their joy and laughter brought such joy to his heart.

Preceding him in death were his parents, wife Nancy, brothers Ralph and Marion. Also, not to be forgotten was his nephew, Brian.