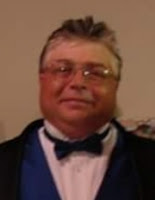 James Hayes, 57 of Holden, Missouri passed away Sunday, October 2, 2022 at his home in Holden. Cremation, with private family services to be held at a later date.
Arrangements entrusted to Mullinax Funeral Home, Drexel Chapel (816-657-4400). Messages of condolence may be left for the family at www.mullinaxfuneralhome.com.

Jimmy was born in Louisville, Kentucky 9/24/65 the son of Johnnie and Carole Hayes. He attended Shawnee High School and graduated in 1984.

Jimmy is preceded in death by both sets of grandparents Tildon and Carlene Cockeril and Alta and James Hayes. His parents Johnnie and Carole Hayes, his sister Regina Hayes Cox. As well as cousins, aunts Uncles and friends.