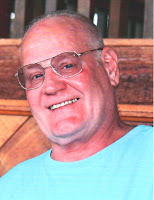 Randall “Randy” Wayne Bowen, age 70, of Stockton, MO, died Saturday, October 1, 2022, at his home following a long illness. Randy was born February 26, 1952, in West Plains, MO, to Carl Wayne and Frankie Nell (Bransetter) Bowen, and they moved to Nevada, MO in 1960. At age 14, he went to work at Little Maxwell’s Market on Atlantic Street.
After graduating High School in 1970, he went to work at Crane Plumbing. He was one of the first 20 people hired for the new plant. On October 24, 1970, he married Dianna Kay Baker, and soon they moved to Moundville, MO.

Randy enjoyed hunting, camping, and fishing. He also enjoyed scuba diving and spearfishing, where he always looked forward to his spearfishing trips to Bull Shoals Lake in AR. In 2014, he and Dianna, moved to Stockton, MO, where they had camped and fished, most of their married life. He retired January 2015, after 44 ½ years at the same place.

Randy is survived by his wife Dianna, of the home; three sisters. Carleta (Don) Burnett, Joy (John) Jeffries, and Pam Bowen (Tom); a sister-in-law, Sherry (Darrell) Snowden; and a special friend, Philip Gordon, as well as beloved nieces and nephews.

Preceding him in death were.

There will be a private family inurnment at Moundville Cemetery.

Memorials may be made to Moundville Cemetery with the funeral home serving as custodian.