Arrest made after hit and run in Pittsburg Kansas 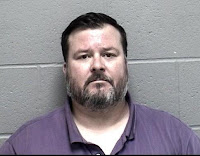 On October 28, 2022, officers with the Pittsburg Police Department, the Pittsburg Fire Department, and Crawford County EMS, were dispatched to the 1400 block of East 14th Street, in Pittsburg, in response to a report of a pedestrian being struck by a vehicle. According to information gathered during the initial investigation, a pewter colored SUV was traveling westbound on 14th Street when it struck 43-year-old Melanie L Ishimura, of Pittsburg, and then fled the area without stopping to render aid.

Ms. Ishimura was initially transported to Ascension Via Christi Hospital by Crawford County EMS for injuries sustained when struck. Ms. Ishimura was later transferred to a Missouri hospital and is still listed in serious condition, but is expected to recover.

The Pittsburg Police Department reached out to the public for assistance with identifying the suspect vehicle, which was captured on a security camera in the area. Various tips and leads were generated from this public request.

On Monday afternoon, October 31, 2022, 46-year-old Brian Scott Walrod, of Cherokee, came to the police department with his attorney and turned himself in to the police. Walrod was placed under arrest for failure to stop at an accident resulting in great bodily injury. He was transported to the Crawford County Jail and police are requesting he be held without bond until such time he appears before the Court.

The Pittsburg Police Department continues to actively investigate this incident. Anyone having information related to this incident, or other incidents, is urged to contact the Pittsburg Police Department at 620-231-1700, or at our tip line, 620-231 TIPS (8477). Callers may remain anonymous.
Disclaimer: Arrest records are public information. Any indication of an arrest does not mean the individual identified has been convicted of a crime. All persons arrested are innocent until proven guilty in a court of law.
Published by Bates County News Wire on November 01, 2022