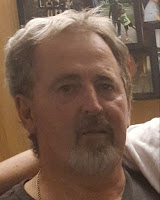 Charles Cyrus Truninger, 62, of Harrisonville, departed this life on November 13th of 2022. Charlie was born in Warrensburg Missouri on September 12th 1960. Charles Truninger is survived by his four children- Adam Preston, Cyrus Truninger, Johnathan Truninger and his youngest Braydon Truninger all of Harrisonville Missouri. Two grandchildren- Charlotte and Carson Truninger of Harrisonville Missouri and his sisters Denise (and Ray) Carter of Harrisonville Missouri, Karen Taylor of McKinney TX and Annie Taylor of Redwood City, CA. .
Charlie owned a very successful sod company for many years. He had a love for music, tending to his garden, going on bicycle rides with his youngest Braydon and playing with his grandchildren. Charlie was full of knowledge and almost always had an answer for any question thrown his way. Anyone that knew Charlie would agree that he was always the life of the party and made sure his friends and family had a smile on their face. Charlie would drop anything on the dime to help someone in need. He loved his children, grandchildren, family and friends with a fierce passion. Charlie made friends wherever he went and had stories he could tell for days to anyone that would listen.

Charles will be put to rest in Harrisonville Missouri and planned for his ashes to be buried at his tombstone.
Published by Bates County News Wire on November 16, 2022