Remote meter read system to be of great benefit all around 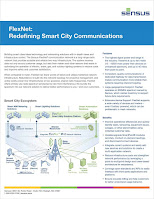 The Butler city council has officially moved forward with plans to install an Advanced Metering Infrastructure (AMI) system that will provide real-time data on utility consumption for accurate data measurement with more efficient billing and can identify issues before they become costly problems.

Specifically, the AMI system will notify utility crews of water leaks, power outages and other problems automatically, hopefully in advance of customers calling. The AMI system also will come with a state of the art computer billing system that should eliminate errors.

According to estimates by City Administrator Mike West and Public Works Director Trent Diehl, the system will save some 180 man hours a month that is now spent manually reading water and electric meters; and should eliminate any occasional errors that come with manual readings as well.

“The custom reporting that comes with the system will allow customers to be more involved in their billing” said West during the council session last Tuesday evening “And during outages, crews can be dispatched immediately.”

West went on to say that in the event of a water leak, detection will happen within a window of a few hours, as opposed to days or weeks as before.

Financing for the system was put in place several years ago with an estimated price tag close to $750k and a completion date in about 2 years. More information is expected in the upcoming council meeting.

In other news, Linda Jennings, representing the Bates County Memorial Hospital Board of Trustees provided some information regarding the proposed regional activity center that will be built on the hospital property. At this point, an investment broker has set up a trust to build the center and a committee has been formed to spearhead the project. The public is encouraged to take a brief survey that is available at www.bcmhospital.com/bcchf-survey as input is needed to help keep the project moving forward.

In other discussions, the much mulled sidewalk project has been tabled for now pending financing concerns. Also discussed was stand alone awnings for the sensory park on Mill street, Solar Shade of Rich Hill is offering a special deal of about half price since they are preparing to go out of business; a potential great deal for the city.

It was also noted that the annual trunk or treat on the Butler square was a success as near perfect weather brought around 800 people to the square this year.

Remember the Butler city council meets on the first and third Tuesdays, 7 pm, upstairs at city hall. The public is highly encouraged to attend.