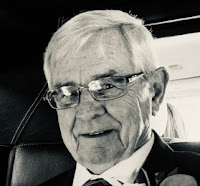 Robert Charles Yunger (“Bob”), of Reeds Spring, Missouri, passed away to heaven at age eighty-two on Tuesday, November 8, 2022, surrounded by all of his children and their spouses, grandchildren and his wife, holding his hands.
Bob was born the son of John Frederick Yunger and Ethel Mae Beard-Yunger, in Springfield, Missouri on April 1, 1940. Bob met the love of his life, Theodorea (“Teddy”) Yunger through mutual close friends. They were united in marriage on April 20, 1963, in Springfield, Missouri and were together fifty-nine years.

Bob was preceded in death by his parents, John and Ethel Yunger, his sister Marge Murphy, mother-in-law Jo Anne Ceberek, and father-in-law Zigmund Ceberek.
Bob’s life story is much more than his ending and could fill many books. Bob grew up on the family farm on the outskirts of Springfield (between Springfield and Nixa), where he could roam the great outdoors, go hunting and fishing, play in James Creek, and basically be ornery, as he was always getting into trouble at school. He became a superior marksman and was never without a gun. Throughout his 82 years of life, Bob was an avid gun collector and could often be found at the shooting range hanging out with the guys. He also reloaded his own bullets in his garage and was a proud member of the National Rifle Association. He was always fond of Roy Rogers and as a kid wore a Roy Rogers t-shirt. Even his later years, when he would be at the hospital for treatments and the doctors or nurses would ask him to verify his name, he would tell them his name was Roy Rogers! Keeping them on their toes of course and joking around.

As a kid, Bob also had a passion for motorcycles and cars and was always tinkering around with the mechanics of each. He taught his kids how to take care of and work on cars. In his later years, he enjoyed driving his 1965 Cobra which continued to fuel his passion of cars.

Bob enlisted in the U.S. Army in 1962 and was stationed at Ft Leonard Wood, Missouri, as sergeant, where he received the Marksman Award for rifle and also received the Outstanding Soldier award. He was honorably discharged from his service in June 1968. His dedication to service and to his country led him to then serve as a Sheriff Reserve for the Greene County Sheriff Department.

Bob and his wife Teddy, lived an unassuming but full life in a cute little house in Springfield, Missouri where they began to raise their three children and had lots of friends, often hosting all of the neighborhood kid’s birthday parties and celebrating every holiday with costumes and photographs. After several years of hard work, they bought a 10 acre parcel of land outside of Republic, Missouri, on a handshake deal (his word was a good as gold) where they built their own farmhouse, cleared the land to put in a large garden, and raised horses and baby calves, giving their children a life of adventure riding horses, hauling hay, picking walnuts and shooting guns or sporting clay at their own gun range. He taught his kids how to basically do anything you set your mind to with hard work and determination.

As the kids grew up, Bob and Teddy had a dream to have a house on Table Rock Lake, as they took their family there on weekends with Bob’s sister’s family, the Murphy’s. That dream came true and Bob and Teddy purchased a lot off of DD Highway and built their forever home overlooking Table Rock Lake surrounded by all of the things Bob loved about the outdoors – spacious land, thick oak trees, plentiful squirrels, deer and birds, and peace and quiet.

Bob loved his family and would make numerous hunting trips with his sons. He loved spending time with his grandkids at the lake, taking them on boat rides and teaching them how to drive a boat. And he made the best fried chicken as well as the homemade gravy for the holidays each year.

Throughout his life, Bob worked in the carpenters union as a superintendent in charge of large building projects in Missouri, Kansas, Nebraska and Oklahoma. This work took him on many travels, but he always drove home on the weekends to be with his family. Later in life, he traveled to Greece and Italy with his wife to see his daughter, and also spent numerous winters in Florida together staying at his eldest son’s tropical home.

Over the years, Bob would spend hours reading countless books, all non-fiction (never fiction!), often re-reading several times. He had a photographic memory and could cite every fact from each and every book. Bob also devoured news programs and watching Wheel of Fortune each week night with his wife Teddy.

During his lifetime, Bob was a novice photographer, always with a film camera snapping pictures of his life, his wife and children and everyone around him. He documented his life in pictures, which he meticulously wrote on the back of and kept in shoeboxes in his closet. As his children were going through these pictures, they noticed that almost every other one was of Bob’s wife, as he was always trying to capture her essence.

Bob was best known for his quick-witted and often off-color sense of humor, fierce determination and willpower, and love for his family. His sense of humor made all of us laugh or chuckle and kept us on our toes. He was called a fool since he was always fooling around, but that comes from his birthday on April Fool’s Day. His determination and willpower is what kept him going these past fifteen years through his lung cancer diagnosis and treatments and his love for his family is what added years to his life. Most of all, the love that he had for his beautiful wife, Teddy, and all of the wonderful years they spent together. Bob carried a prayer card in his wallet and enjoyed reading the Bible and was a devout Catholic throughout their marriage and he always said a prayer for world peace.

A funeral service will be held on Saturday, December 17, 2022, at 10:00 a.m. at Our Lady of the Cove Catholic Church, Kimberling City, Missouri, followed by the Inurnment. In lieu of giving flowers, the family asks that those who are able instead make a donation to the Church in Bob’s name.
Funeral Service