3% marijuana tax to be on Butler ballot in April 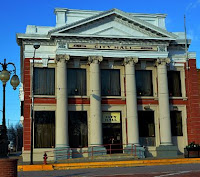 Following suite of many other Missouri cities, the Butler city council has opted to put a proposed 3% sales tax on the April ballot for marijuana sales within city limits.
Butler will have the option of not allowing sales at all, but not until it goes before voters in 2024; the consensus seems to be that if indeed a dispensary opens prior to that, it makes sense to go ahead and collect the tax.

Based on comments from the council opting out of sales in two years is likely, however a lot could change by then.

In the most recent meeting the council also adopted an ordinance regarding the use of marijuana within city limits; more on this topic is forthcoming, we’re certain.