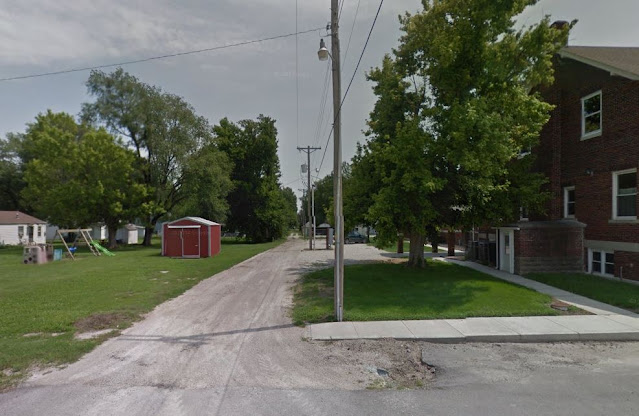 During the regular monthly session of the Adrian city council it was decided that approval for a gate to be installed in the alley behind the Methodist Church will need to be revisited. Last month, representatives who operate a day care at the church approached the city about installing a temporary gate to allow safe passage for children to a play area on the opposite side of the alley- however there were questions regarding if this was state mandated, along with other concerns about blocking regular traffic using the alley.

City administrator Ryan Wescote noted that the original concern was presented as a state mandated issue; however after contacting the state it was found that no specific mandate is required but the recommendation is that bollards be placed around the fence and traffic cones be placed across the alley when children pass through. In short, the matter is to be resolved by the city and the church; Wescote said there is not enough information to substantiate the closure of the alley but approval for placing safety cones has already been done.

A representative of the church acknowledged there has been some confusion regarding the matter and clarified that she understood the state required safe passage for children across the alley but the exact definition of that terminology could include the use of gates. It was also reiterated that the church is not asking the alley to be permanently closed; they are just looking for a solution that is acceptable when children are actually crossing.

“What gives me heartburn regarding the whole issue” said Wescote “is that we were told the state required we shut down the alley, I said fine, we just need documentation.” He went on to say that four weeks went by, nothing was heard from the church, and then the city was informed that gates were being installed and that was halted. He said that information later provided didn’t support the request which essentially nullified it.

Mayor Cunningham interjected with a thought to simplify the issue, noting that while he doesn’t have a vote, his suggestion would be to “meet in the middle” and allow use of the gates as they have been built with some type of reflective material added and only close the gates during the time that children are passing through. “Again, this is only a suggestion” said the mayor who urged the council to discuss further.

“With respect” said Wescote “since the decision has been previously made to not allow it, the next step for the daycare will be to appeal the decision.” City attorney  Sarah Oldridge added that another option would be for the church to file a new request for the gates that would include information about when they will be used along with other particulars and such a request should answer any future questions.

Following the nearly 30 minute discussion, it was decided that the daycare will file a new application as recommended.

In other council news A portion of Elgin street has been officially closed. What was basically a driveway on the Tindle property on the west side of Virginia street now will be a permanent part of that property.

The legalization of recreational marijuana has been a part of recent meetings and this month was no exception as the city enacted an ordinance that prohibits smoking of marijuana on public properties. Otherwise the ordinance mirrors the same rules for tobacco smoking.

The outer road that extends from old 71 highway to AA highway is in need of repairs and the estimate to repair and seal is around $150,000. Thanks to an agreement with Scoular, about half that amount is available and the discussion is ongoing where to come up with the rest.

Remember the monthly Adrian board of aldermen meeting is held on the second Monday, 7 pm, at the Adrian city hall and the public is highly encouraged to attend. Likewise, Mid America Live will be providing video coverage of the meetings which  can be found on the Mid America live news website and YouTube.