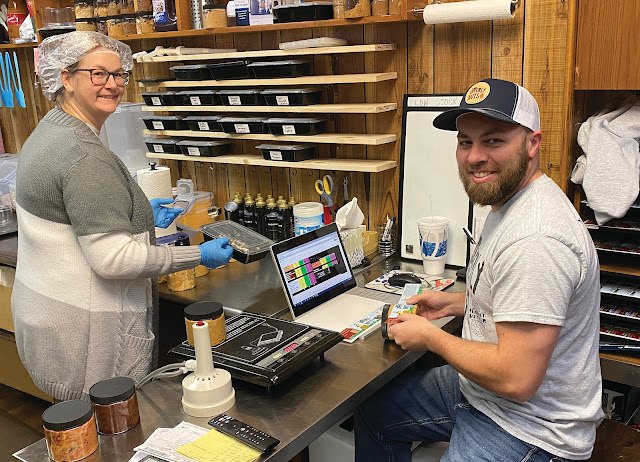 The power of social media was fully realized by Stephen and Talia Miller, owners of Udderly Nuts on the east side of the Butler square recently as a post by a Ticktock personality who has a following of over 1 million, boasted about their products.

“It went crazy” said Stephen’s mother Marsha who also works at the shop “well over 1,000 orders in just the first few days. We were a bit overwhelmed to say the least.”

Offering a wide variety of handmade peanut butter based flavors, Udderly Nuts was looking for the perfect advertising platform. “We tried the normal routes, like Facebook advertising with little results. Then it occurred to us, why not find a social media celebrity to endorse our products?” said Stephen who did just that by contacting Tiktok giant Itsmamacookie who has just over 1 million followers. She responded, samples were sent and the rest is history.

Nearly a month has passed and the orders keep coming. And now, Udderly Nuts has officially shipped to all 50 U.S. states, as well as Puerto Rico, Canada, Europe and Australia to name a few keeping the Millers working late hours and weekends for now. 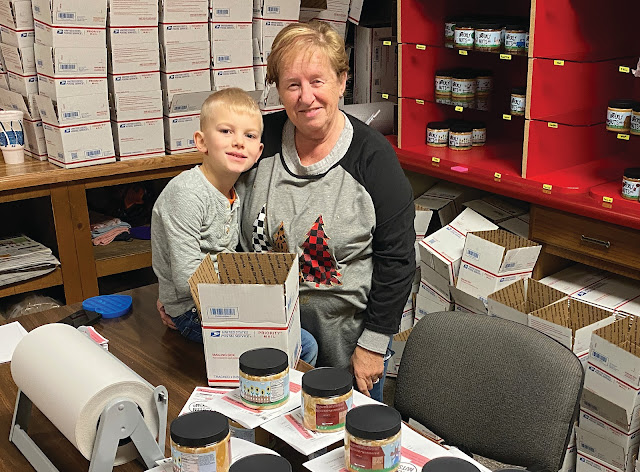 Marsha Youngblood (Stephen’s mother) and the Miller's son Macklin stay busy with shipping and logistics at the Udderly Nuts facility in Butler.

Repeat orders are coming now- whereas initial orders around the globe would have been mostly sample sized portions, peanut butter aficionados have found their flavor and are now placing orders for 3 jars or more on average keeping Marsha, who also makes fudge and other delicacies for the store quite busy.

At this juncture, one wonders what is next. “We’re in the process of contacting a TikToc celeb who has over 3 million followers” noted Stephen and Talia, who seem more than ready to meet the demand.

More info about Udderly Nuts can be found at www.udderlynuts.com, on Facebook and other social media platforms. Locally, stop by the retail location at 5 N. Main street in Butler and see what all the fuss is about!